Patty and I go waaaay back, back about 6 years ago. I met Patty through a mutual friend and since became good friends and biggest supporters of one another. I asked Patty to be one of my featured artist/vendors at the first ever Collective Souls Flea Market in 2007 and went on to be a staple vendor during the years past. Patty first showcased her artwork, plush toys and screen printed tees, which I was a big fan of and even bought one of her paintings and now hangs on my wall at home. As years past and we grew up I noticed Patty had taken an interest in Nail Art. Now nail art was just starting to hit big in the underground and mainstream scene so I asked Patty to set up a nail art booth for the last collective souls flea market. And the rest is history... Present time Patty has been featured on numerous nail art blogs and press, commissioned to be a pop up nail art shop for amazing boutiques and stores, has gained mentions from celebrities and currently is Rye Rye's nail artist go to person in Los Angeles. All while being a mother to two!
Here's my interview with the very talented Patty Cake$ 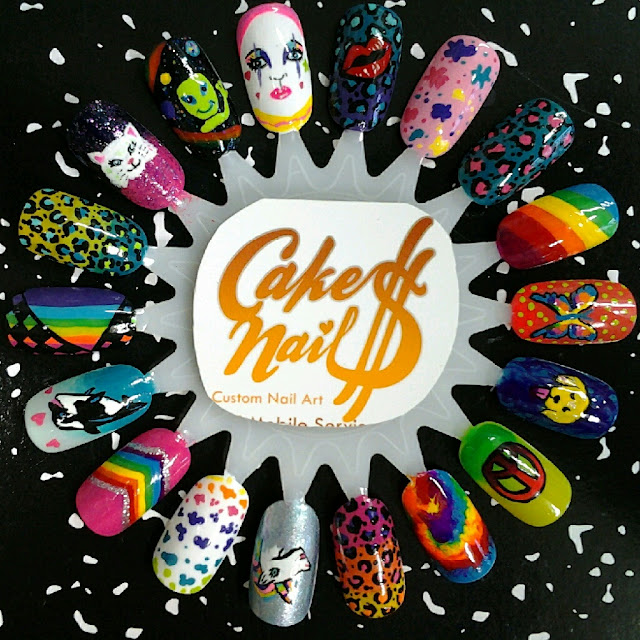 KL: Where did Cake$ Nails originate and how long has it been in business

PC: I originally started off as a vendor at various events in LA back in 2007 I used to sell printed tees with my art work on them, canvases, handmade plus dolls, jewelry boxes…I’ve dabbled in lots of creative outlets but my love for nail art started after I had my second child. Mom life took over and I had to take a break from vending. After having a baby you go through this weird stage where you’re stuck in the house catering to this little bundle of gas and joy sometimes with no time to even shower and maybe I’m speaking for myself but I felt so gross and just not cute I remember one night just saying fuck it I’m painting my nails…I just got in the zone and started doing designs on my nails and after I felt refreshed and super cute so it became a new ritual and sparked a passion. I looked into a manicurist course only to find that they were rare so I settled and enrolled in cosmetology fast forward a year and I was back doing events but with my nail art.

KL: Looking ahead to the future what directions are you looking to take Cake$ Nails in?

PC: There is so much I want to do. I really want to have a nail art studio preferably in LA, I want to work on set and do more photo shoots and just collaborate with other artists, I love being around other creative minds. 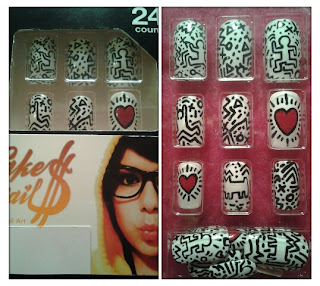 KL: Do you have a muse? Where do you draw your inspirations from?

PC: I don’t necessarily have a muse but I look up to and admire lots of my peers and I’m inspired when I see them making moves. I’m very inspired by music and I’m a thinker so I can just put on some good music, zone out and sketch and by the end of one song Ill have 10 new project ideas.

KL: What sets you apart from other Nail Artists?

PC: I wanna say first off that I love my fellow nail artist sistas and I feel like we’re a big family. We all have our own flare and specialty that we bring to the nail game and I respect each and every one of them. It’s hard to say cause there are so many talented ladies out there and I don’t wanna be set apart from them can’t we just be one big room full of bad bitches doing nail art? Haha I guess the fact that I’m a HUGE dork might set me apart though. 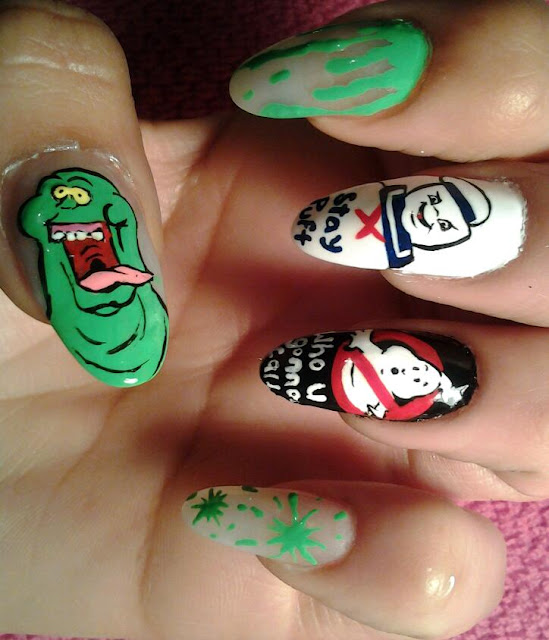 KL: The beauty world has gone green aka using green materials, do you see Cake$ Nails moving in that direction? And How has the "going green" movement affected you?


PC: It’s so sad that being green is so costly, I’m not gonna say I’m team green just yet because to be honest I can’t afford making all the changes right now but I have been looking into more environmentally friendly products and I will be doing more to reduce my environmental footprint with my business and life in general. I feel that as an earth resident it’s my responsibility to do as much as I can. Being a mom it has affected me a great deal because I know the choices we are making right now will affect our children in the future and it’s kinda scary but a harsh reality we have to face.

PC: I want to break down walls and let it be known that anyone can rock nail art. Race, age, gender, social status, I want it all out the window. Just sit in my chair and lets get creative with your nails. I love being responsible for the smile on a person’s face when I’m done with their nail service. It’s such an amazing feeling.

KL: Can we be expecting Cake$ apparel anytime soon?

PC: I’ve been trying to get CAKE$ apparel up and running again for the longest time. I have tons of ideas and I feel that everything is about to fall into place and hopefully by spring/summer CAKE$ will be back and better than ever. For now I’m working on a few custom items to add to my online shop I’m always creating something it keeps me sane. 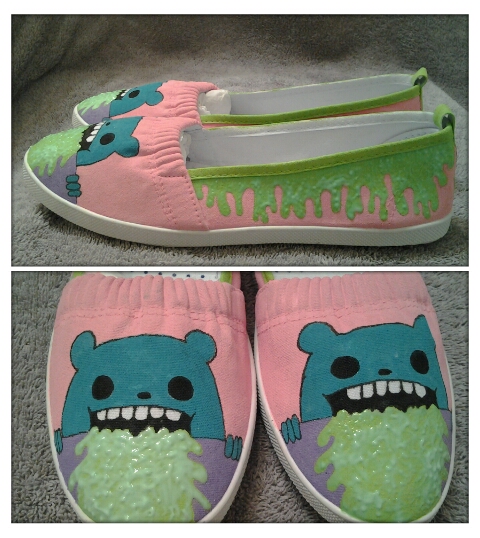 KL: Does your personal style have a mission statement?


PC: My mission is to be comfy lol my personal style is really chill and I live in hoodies and tees. I always say I’m gonna try to dress more like a girl but it’s rare that I get past the front door wearing heels or a dress. I’m kind of a tomboy but I’ve been feeling a little more daring lately and I wanna start expressing my inner girly girl a little more.

KL: Cake$ Nails has blown up! Like I thought you would... What press have you received?
Patty with Rye Rye 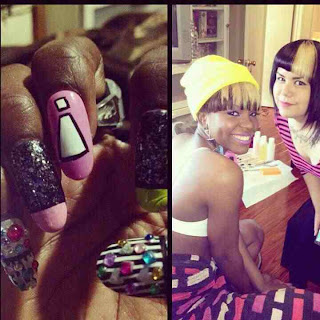 PC: I still don’t feel like I’ve blown up but people tell me that I’m way too humble and that I need to own it when it comes to press I’ve received. I’ve been very blessed the past 2 years and I’ve been featured in women’s wear daily, Nicole by opi’s Life in lacquer blog, OC weekly, mtv style blog, a few online magazines as well. I’m most proud to be Rye Ryes go to nail artist when she’s in LA, I love working with her and her glam team. She really surrounds herself with amazingly talented down to earth people and she herself is just a fun person to be around. I’ve really been putting myself out there more which has       been a huge deal for me cause I’m such a shy person but I’m breaking out of that box being shy can really hold a person back and I’m done being held back.

Youtube: coming soon maybe once I get over being camera shy

written by Kelly Love @ 3:10 PM
Email ThisBlogThis!Share to TwitterShare to FacebookShare to Pinterest 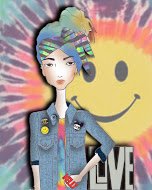 Love me with bloglovin'